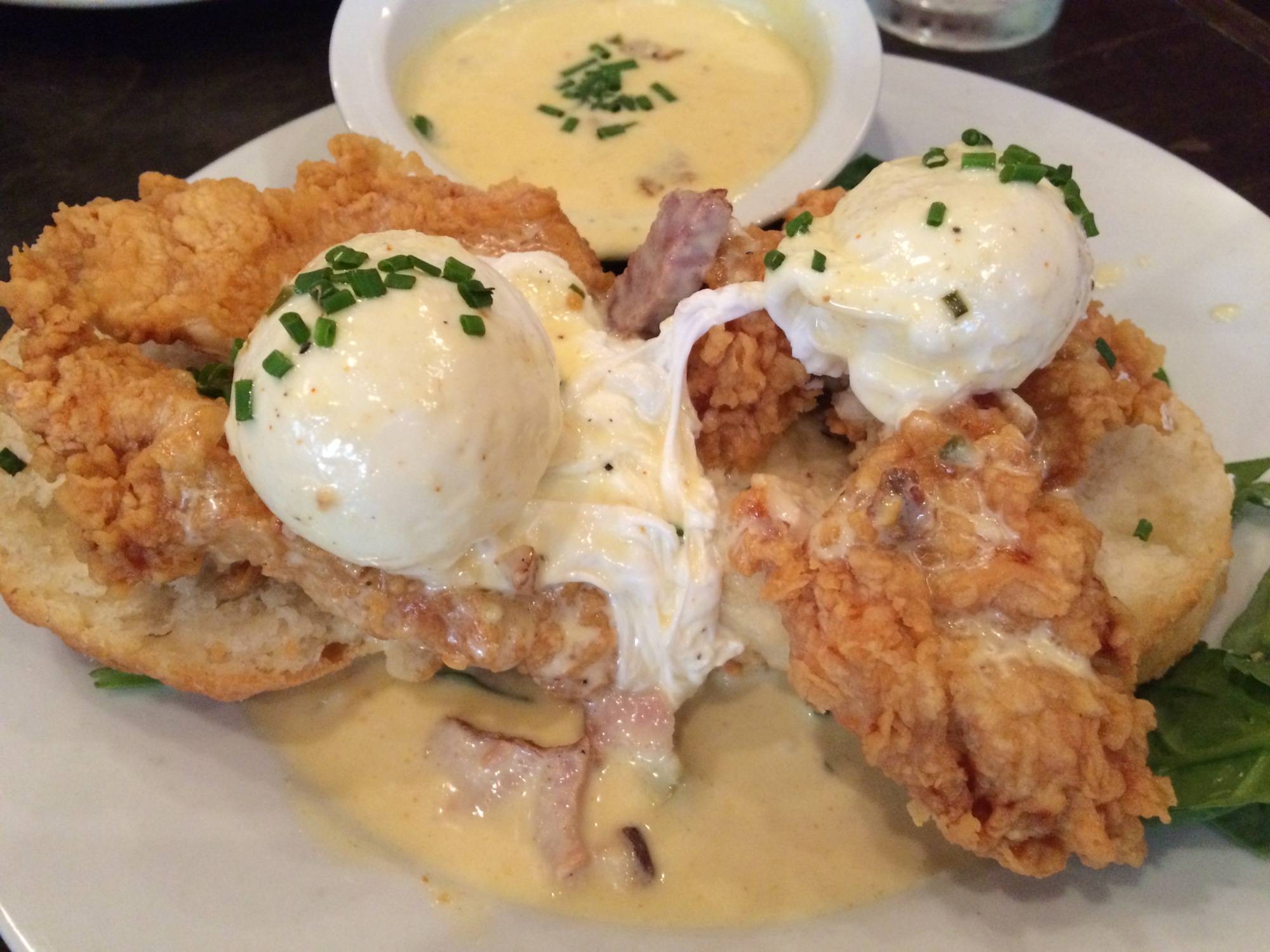 A few weeks ago I did a quick, 72-hour stop to meet my mom in New Orleans for a mini-vacation. In this time we were able to go on a Witches Brew Tour around the French Quarter, catch an alligator on a Swamp Tour in the Bayou and learn all about the early history of New Orleans on a city tour. 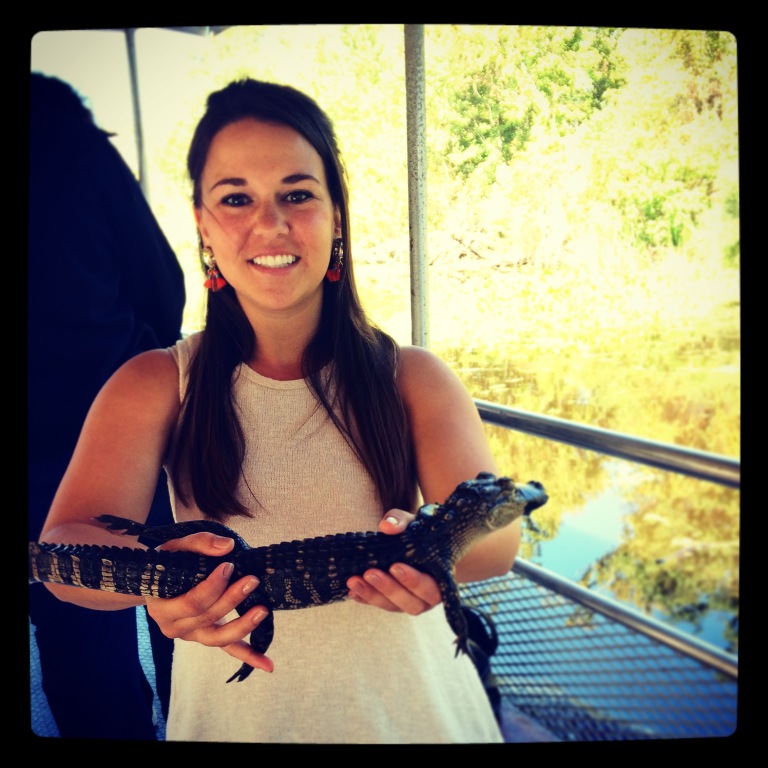 New Orleans is a beautiful city with so much culture and history and we were able to get an authentic understanding and taste of this culture through the delicious food the city has to offer. It became our mission  to spot out the best restaurants in the city and try all of the New Orleans favorites. We laughed the whole time and without fail my mom was able to relate almost every taste back to an Italian recipe.

Our food tour began at the Jazz Festival where we swayed to music and sought out the vendors with the longest lines. 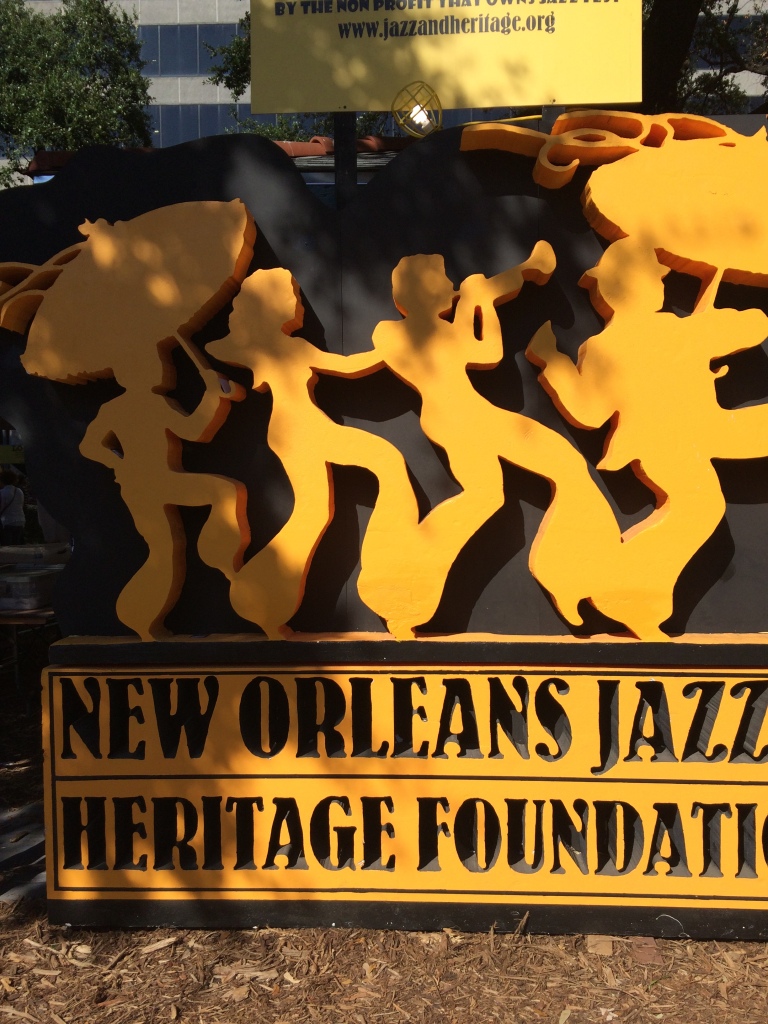 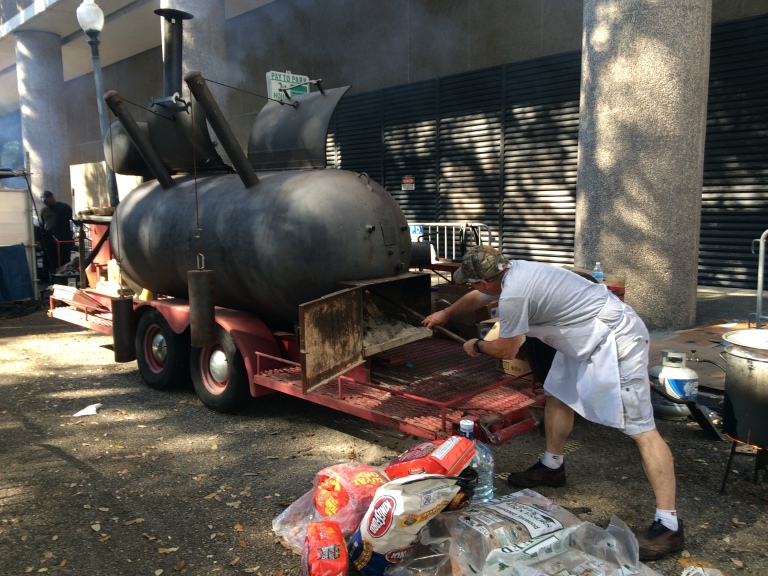 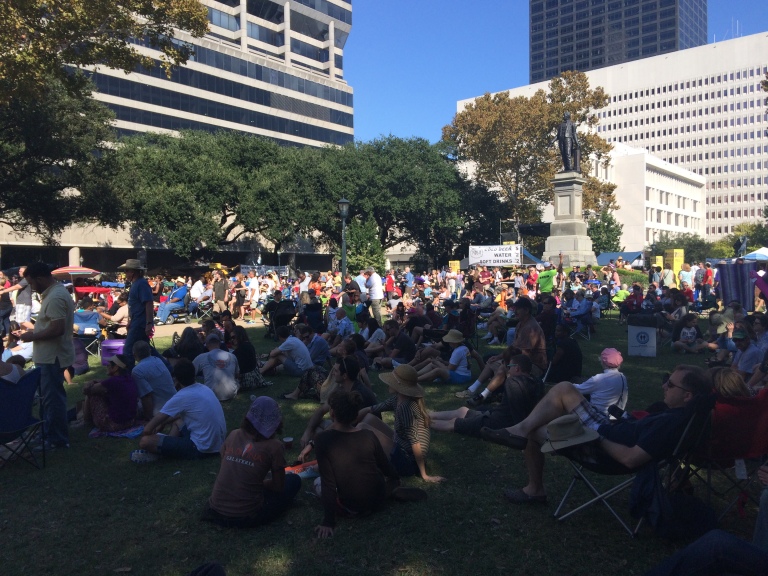 I got to try my first PoBoy; pulled pork with a spicy horseradish sauce. We learned what makes a poboy is the French bread it is on, mom continued to refer to it as a hero anyway. 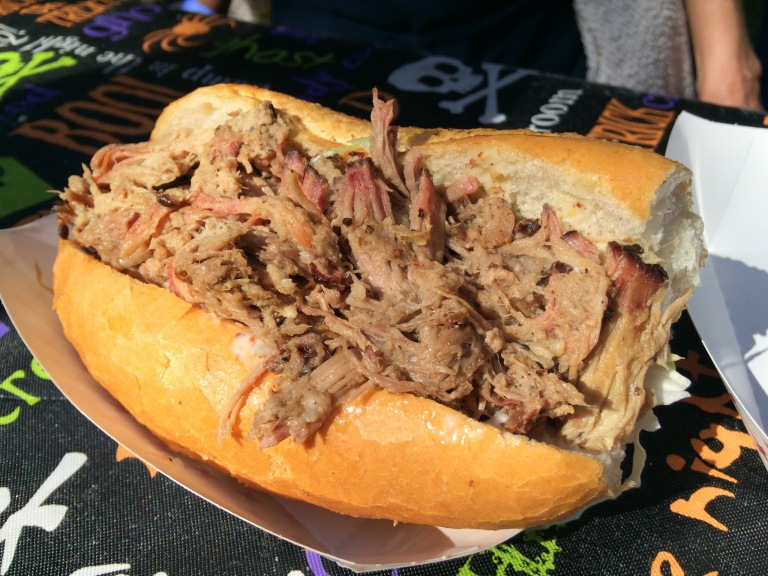 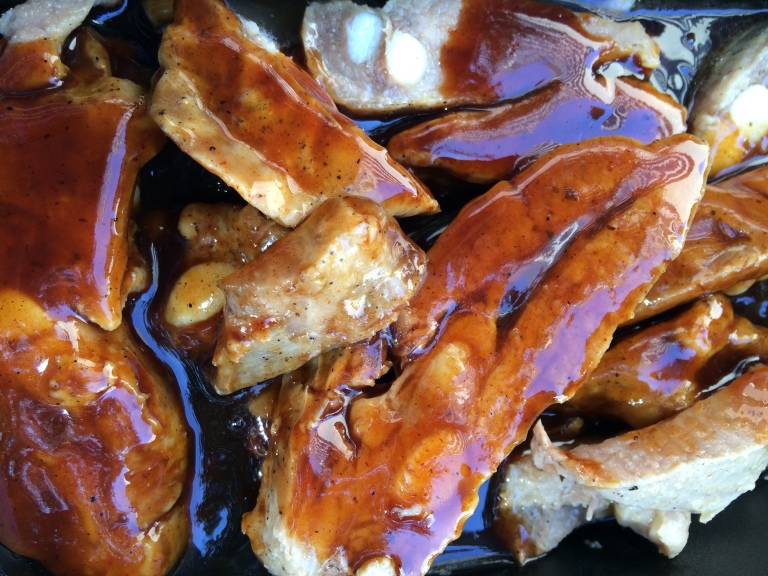 and Corn Pudding, which was our favorite recipe and we will be looking to recreate this for Thanksgiving! 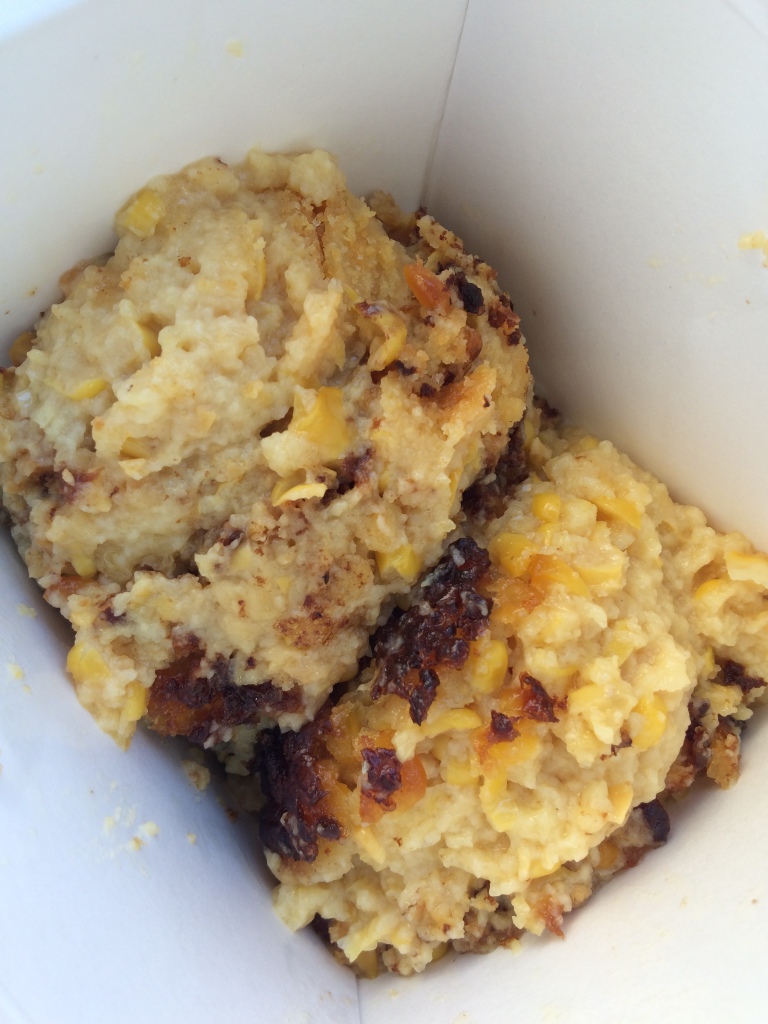 The afternoon led us to The Hot Sauce Bar, a very colorful and fun food store where we sampled Pralines. 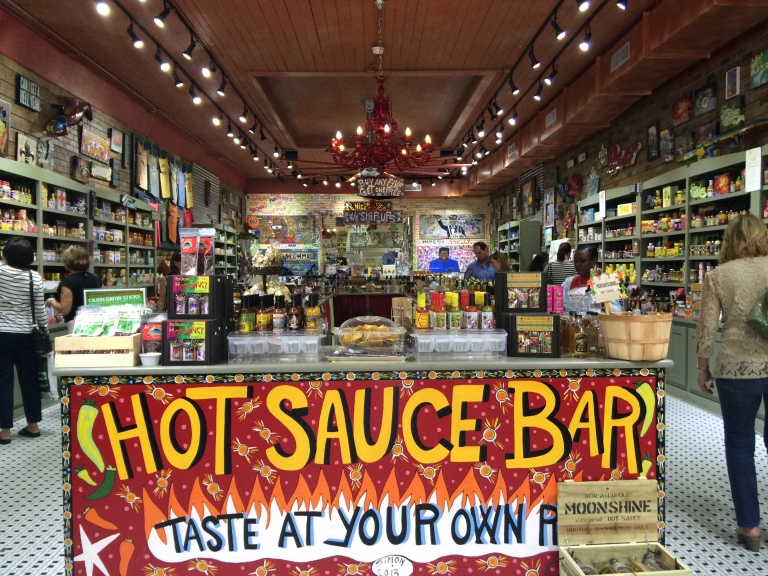 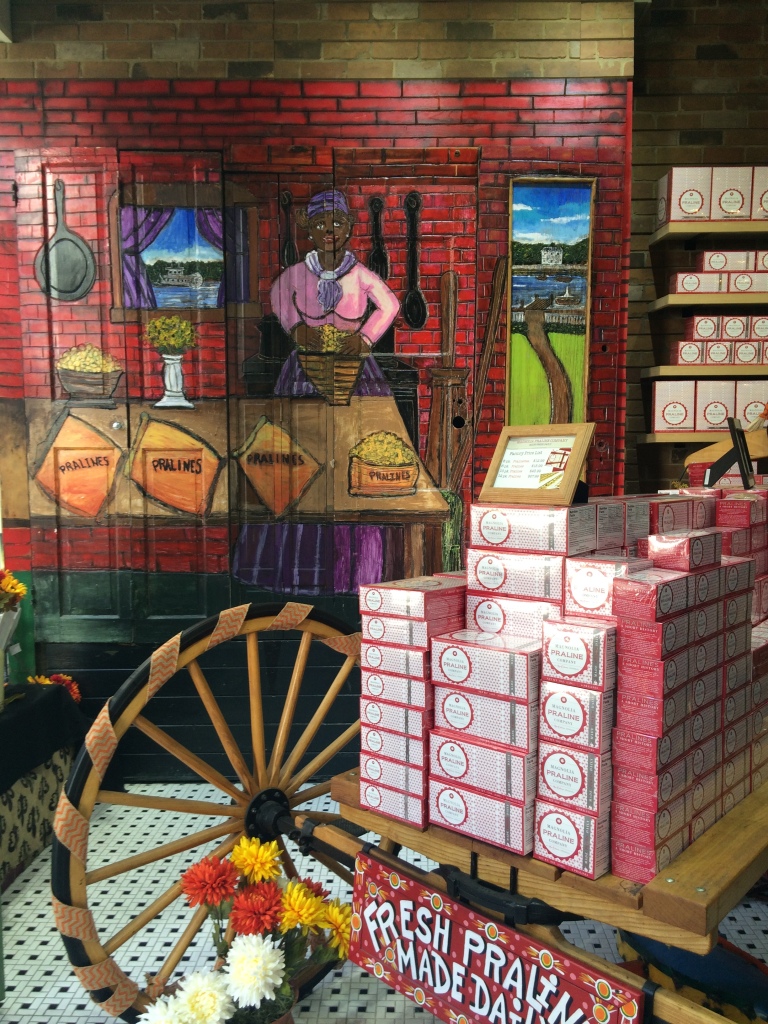 Dinner was at NOLA, Emeril Lagasse’s restaurant. Lunch really filled us up but that didn’t stop us from sampling a couple of different appetizers. Fun fact, I rode the elevator with Candice Accola, Caroline Forbes from The Vampire Diaries, one of my favorite shows!

At NOLA we sampled:

Miss Hay’s Stuffed Chicken Wings, it was almost an eggroll had been stuffed inside a chicken wing. What could be better? 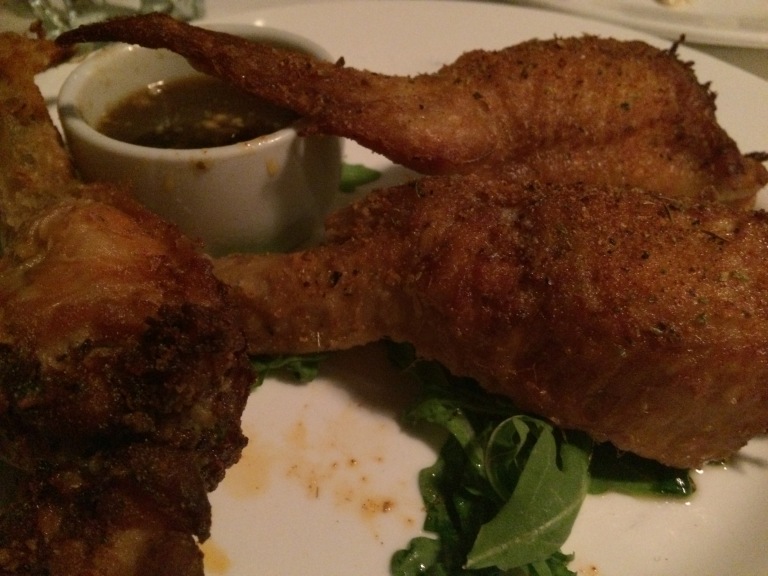 Duck Confit and Egg Pizza, which was comparable to the egg pizza at Tarry Lodge (Tarrytown, NY) 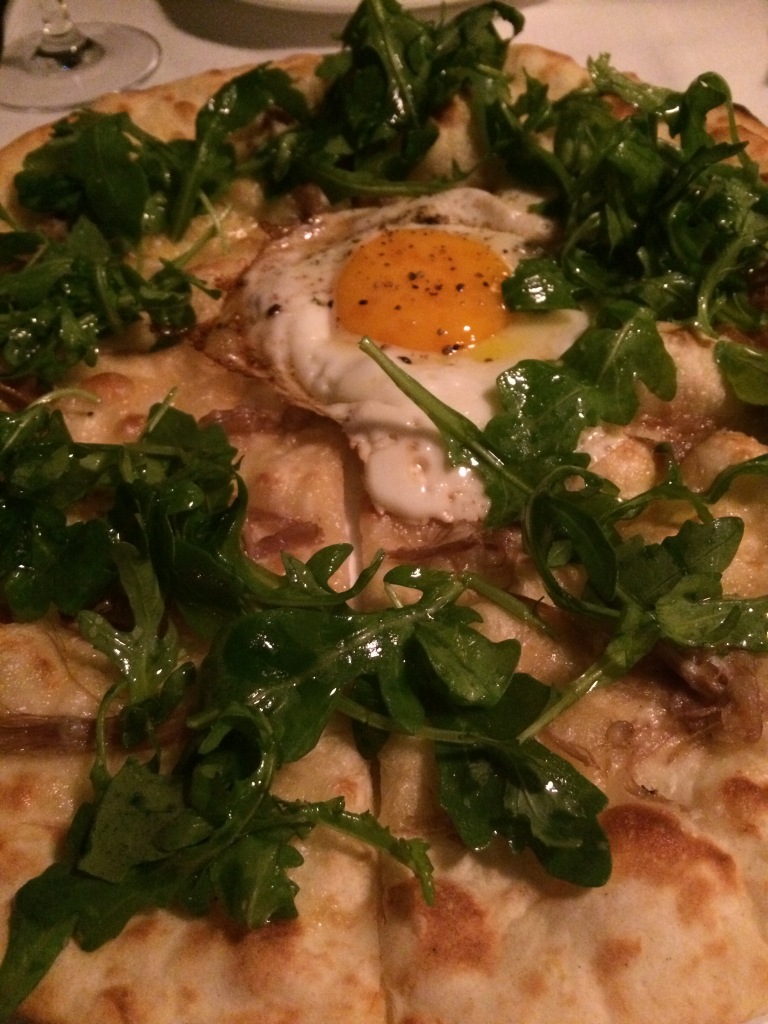 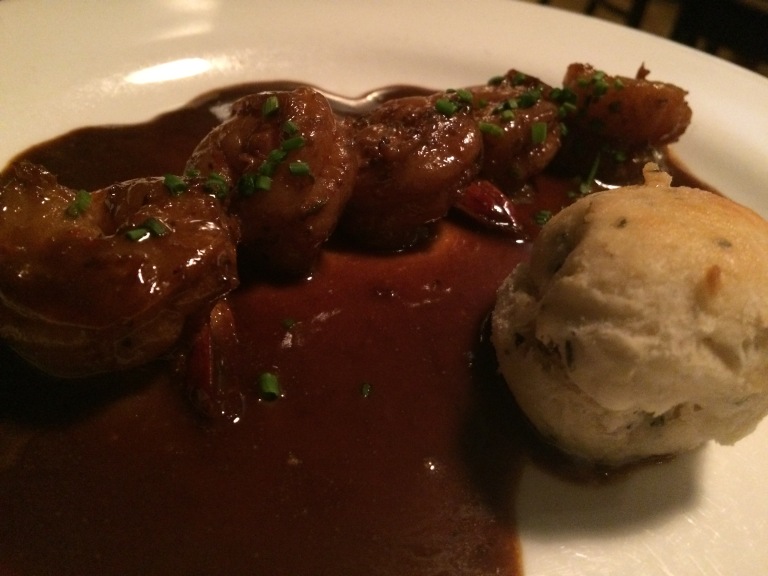 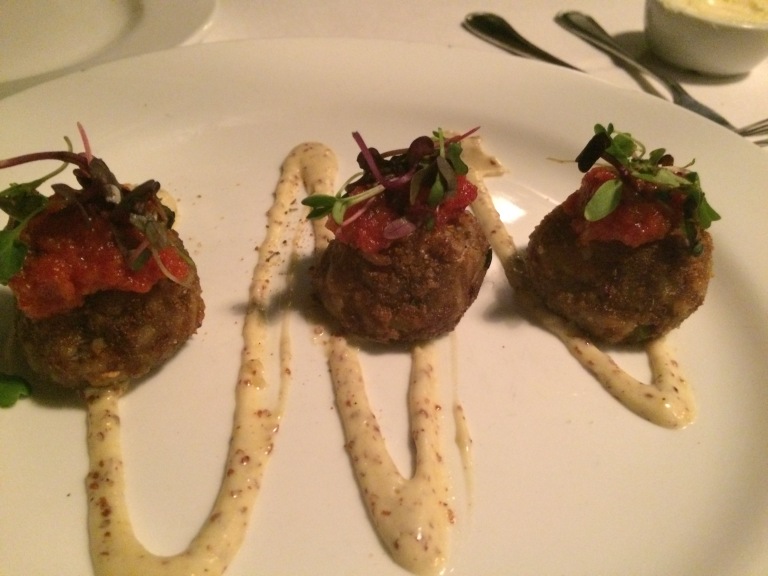 Day two started off with an early breakfast at Cafe Du Monde to sample some Beignets and cafe au lait. I really enjoyed the beignets but mom was not as impressed, she has never been a zeppole lover and they tasted the same to her. However, we were in complete agreement that the cafe au lait had been one of the best cups of coffee we had ever had in our life, we spent the rest of our time in the city searching for another cup, no luck! 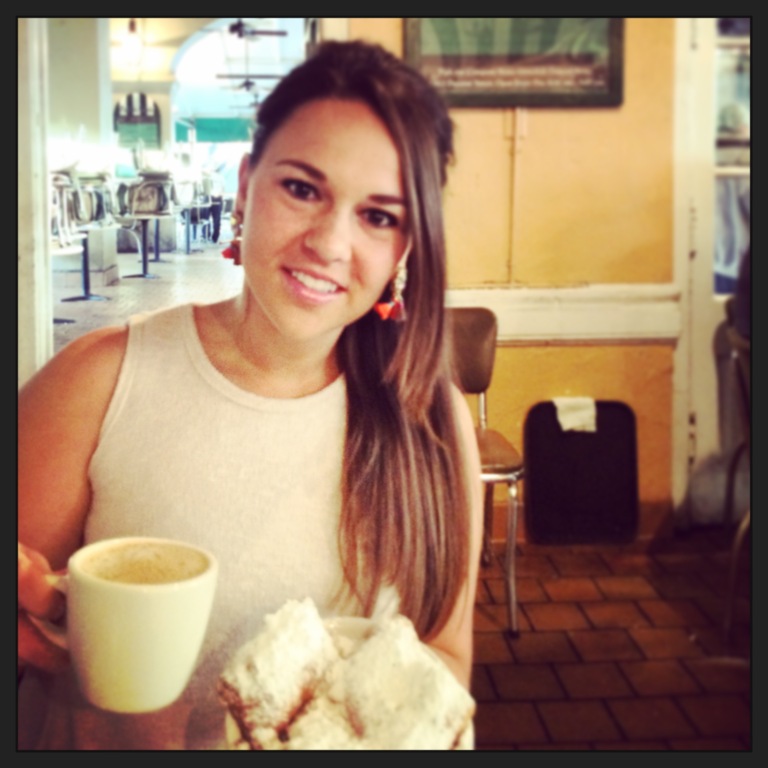 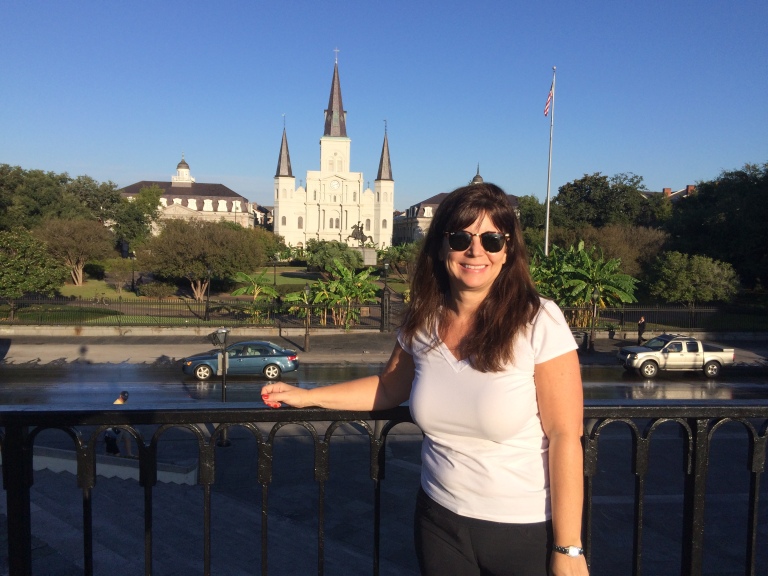 We heard Muriel’s is the place to go to, so that is where we found ourselves for lunch. We each did the lunch special which started us off with a bowl of seafood gumbo 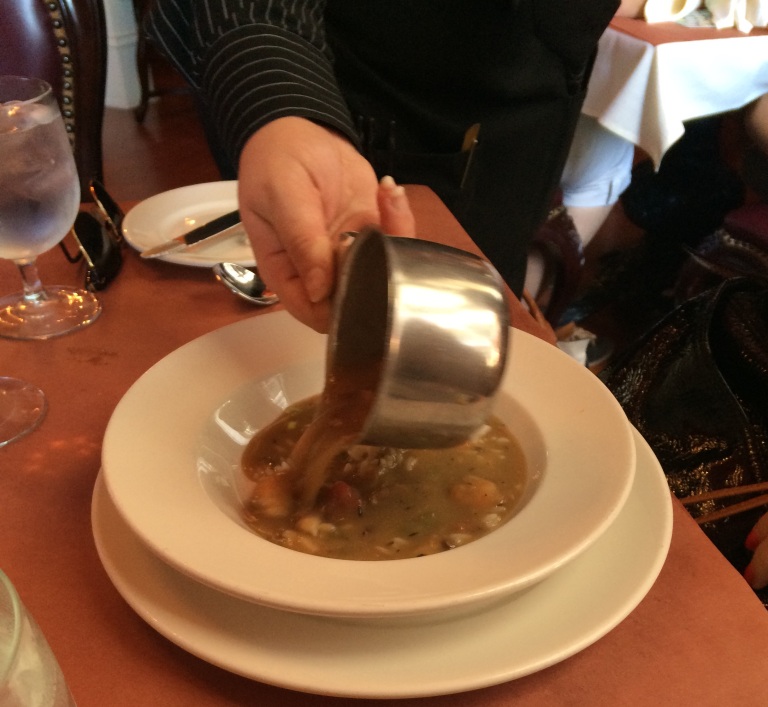 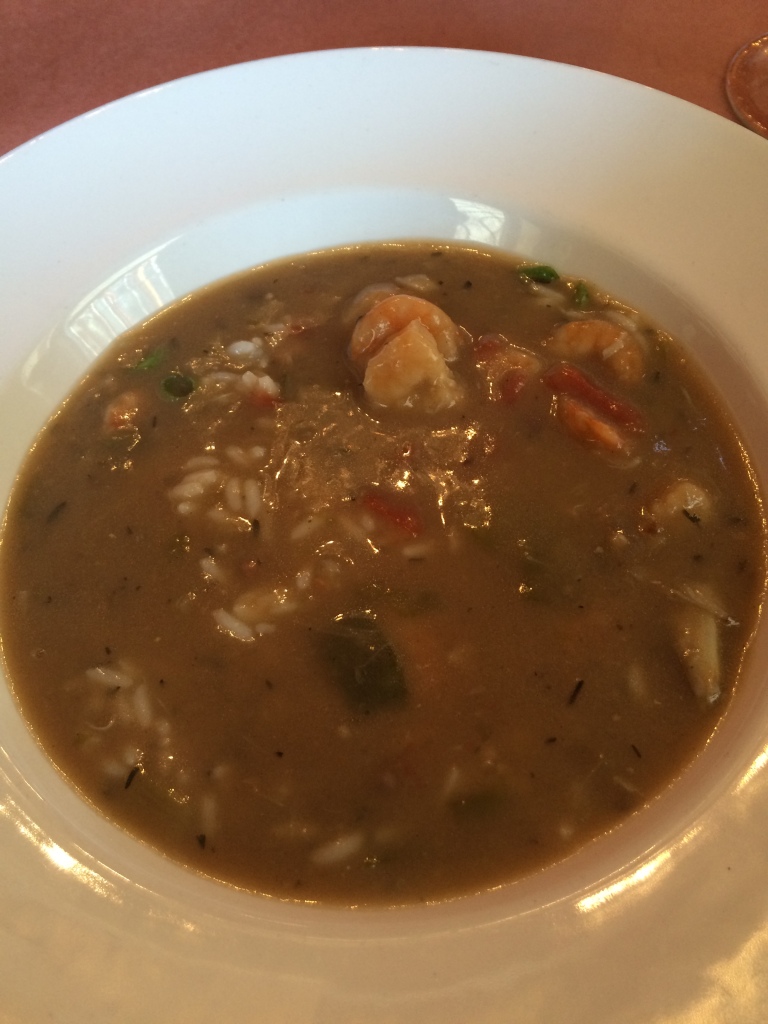 I tried the Mississippi Catfish 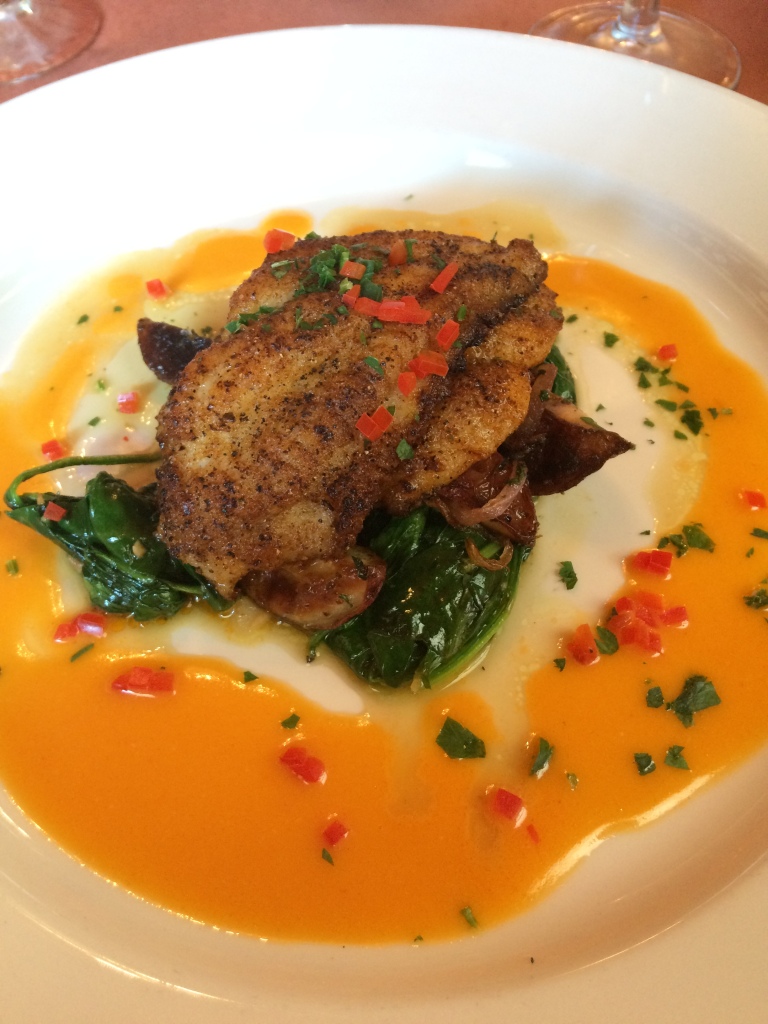 Mom had the stuffed Mirliton, a stuffed squash. Mom compared this to her stuffed peppers over a giambotta sauce. This is when I realize that she just cannot help herself and she is definitely her fathers’ daughter. My grandfather has the tendency to relate almost any modern day creation to something the Romans created thousands of years ago. 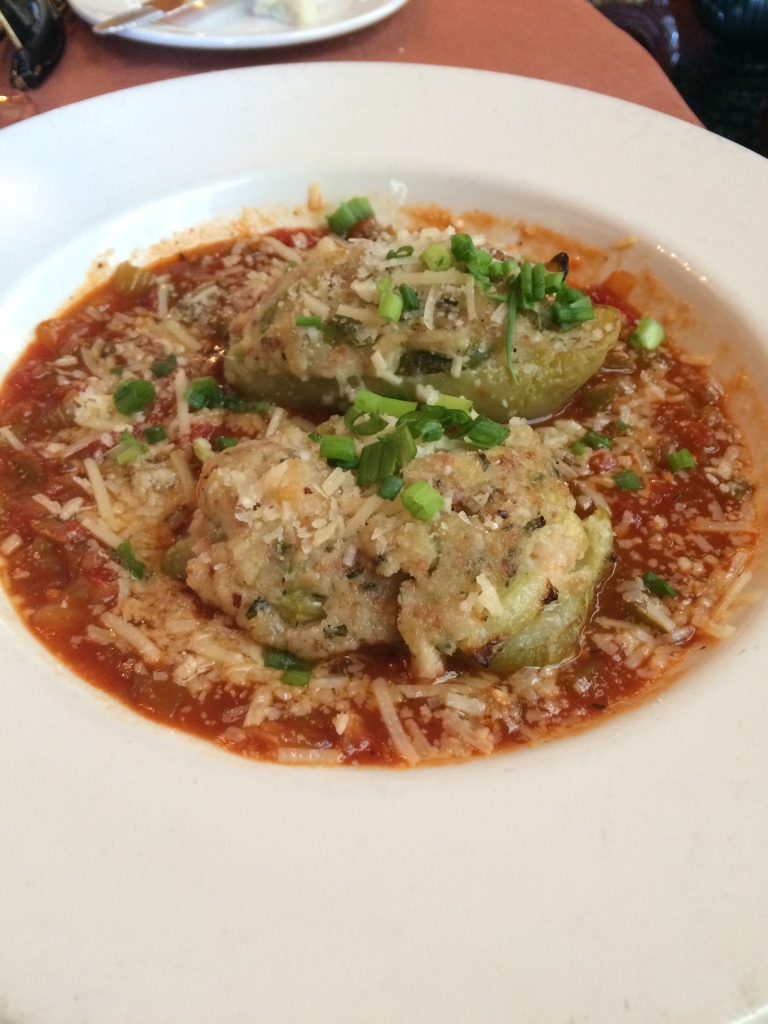 Even though we were stuffed to the bone we were instructed not to leave without trying the Bread pudding. Woah, topped with candied pecans and a sugary glaze, it was phenominal. 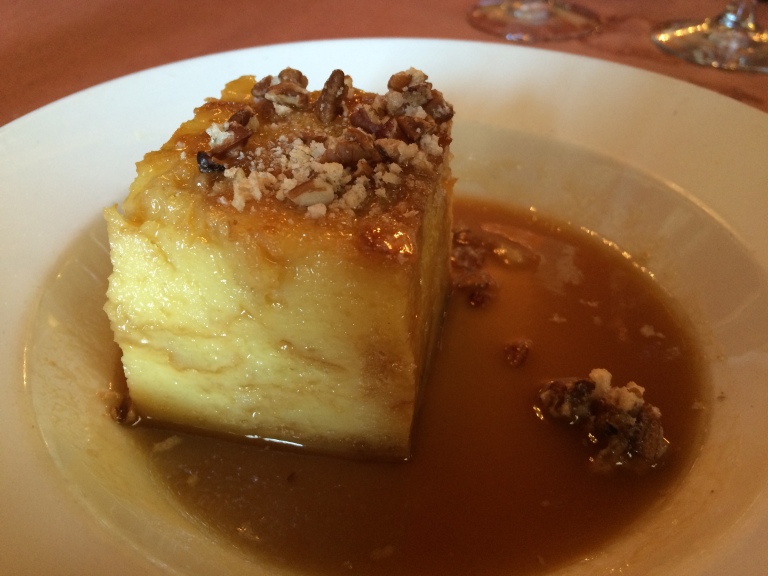 For dinner we made our way over to Mr. B’s Bistro, another famous restaurant in the French Quarter.

We started off the evening with the Jumbo Lump Crabcake and Fried Oysters on the Half Shell. 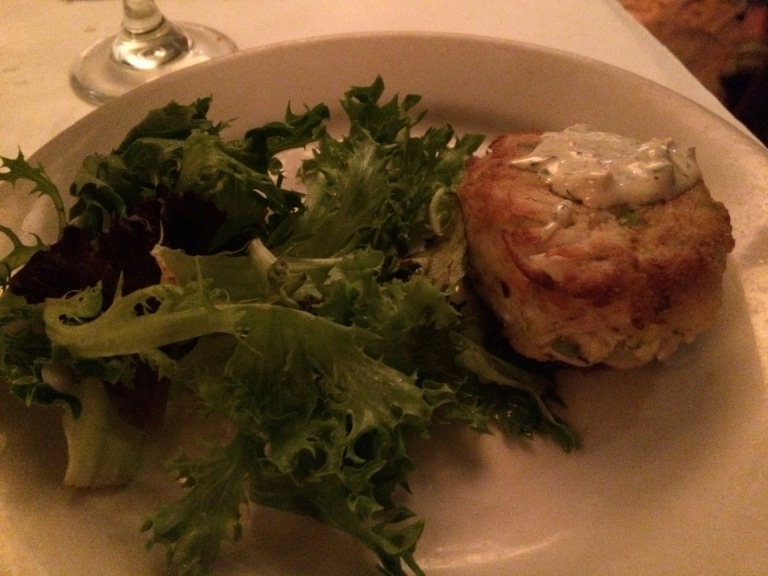 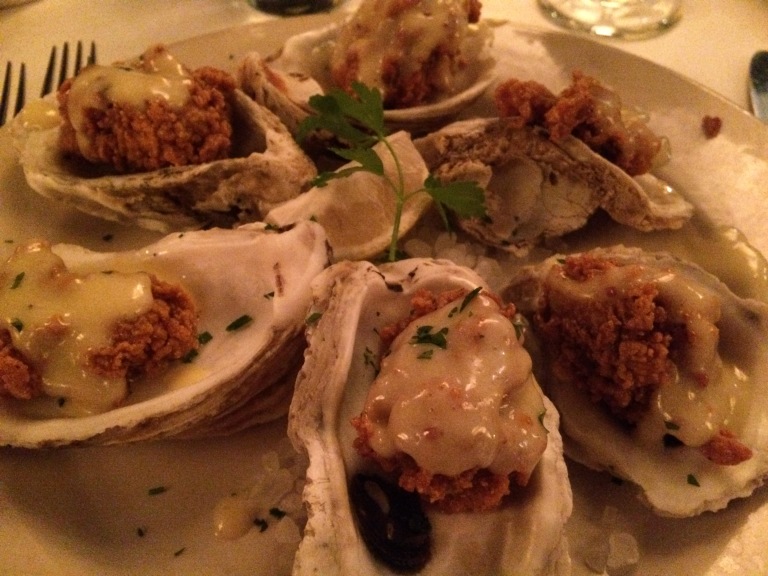 For our main meal we shared the Brandy and Apple Cider Braised Rabbit and the Bacon Wrapped Shrimp and Stone Ground Grits. I never thought I was a fan of grits, until I fell in love with them during this meal. Mom described the grits as a creamy polenta, but personally I liked them more than polenta. 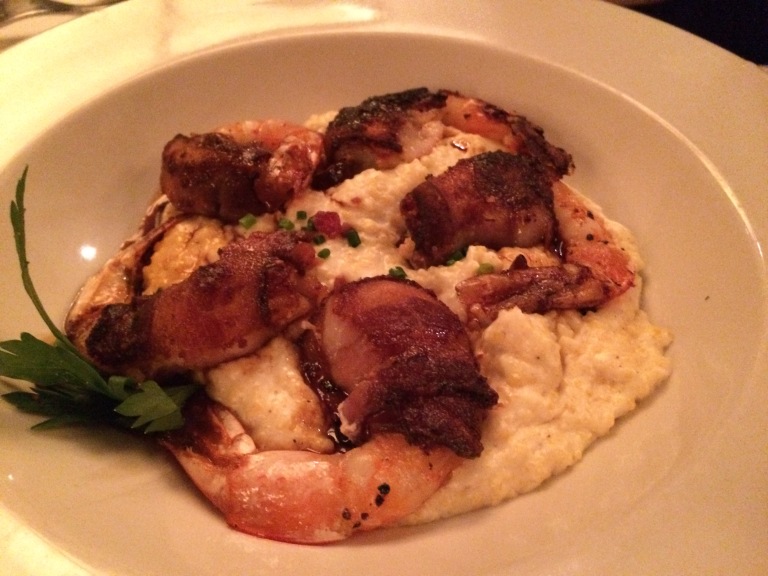 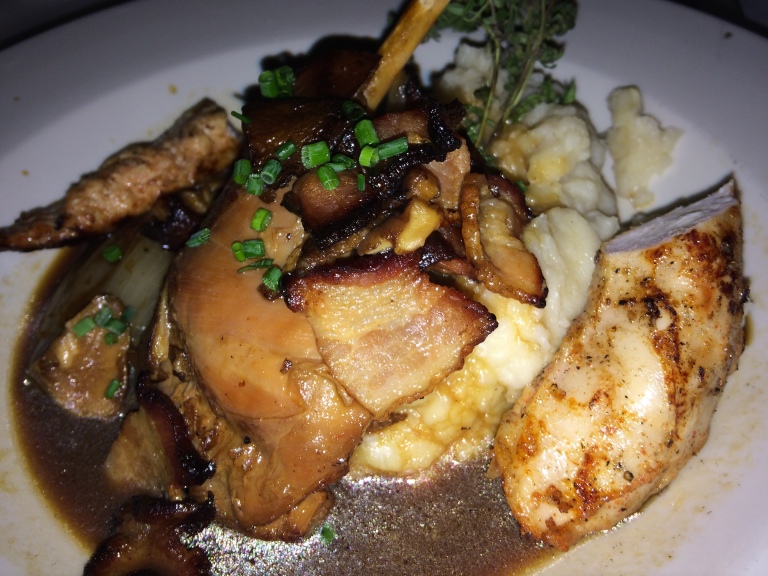 We certainly did not budge for our last two meals. For our last breakfast we went to the Ruby Slipper.

I ordered the Chicken St. Charles, crispy chicken breast over a buttermilk biscuit topped with a poached egg and a tasso cream sauce. 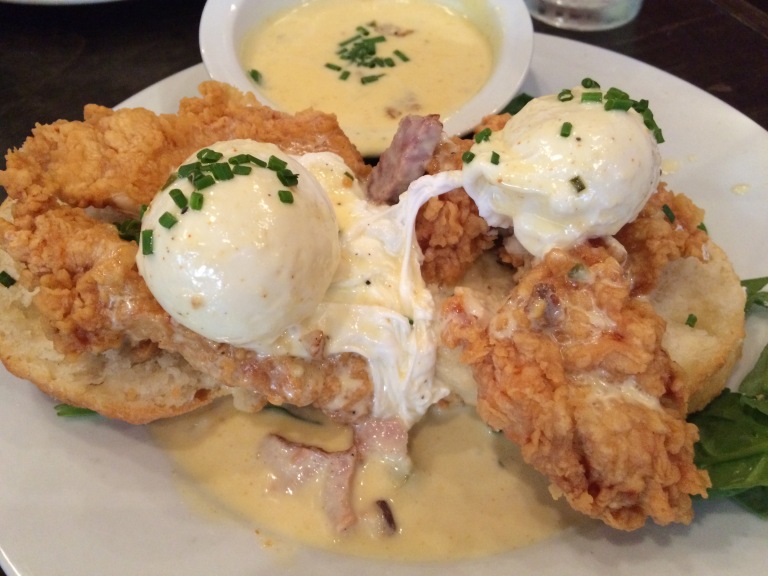 Mom ordered the Corned Beef Bennie, the homemade corned beef was over a buttermilk biscuit topped with horseradish cream, hollandaise sauce and a poached egg. 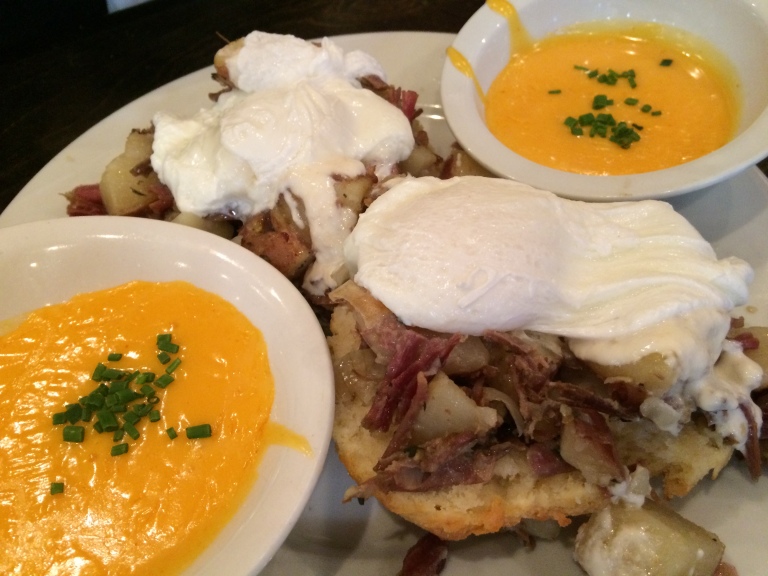 The last item on our list of things to try were char-broiled oysters, and man we were both happy we found the best place in the city to try them. Felix’s serves a dozen char-broiled oysters on the half-shell and they are mouth-watering and to die for. Luckily we did not find these on the first day or I probably would have begged to just eat these for every meal. SOME might say these are similar to clams oreganata, but the three sticks of butter in the recipe makes them heavenly. 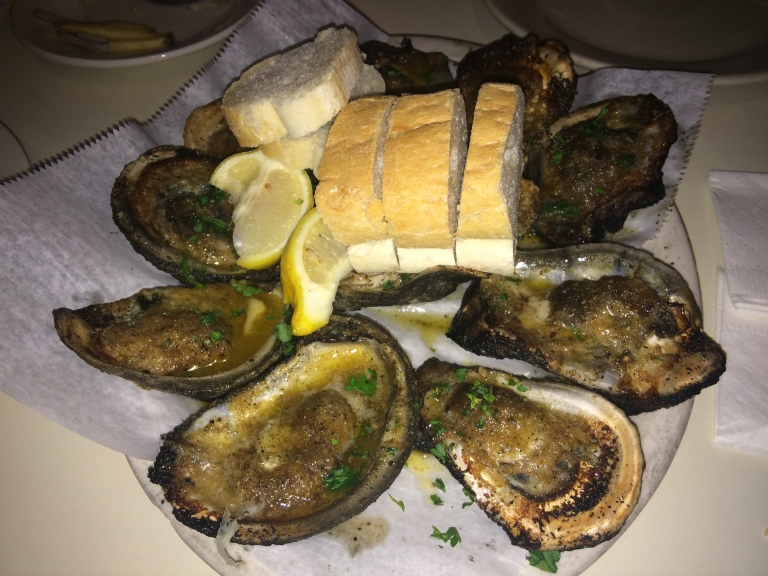 We also had a final grilled shrimp poboy as a way of saying our farewell to New Orleans. 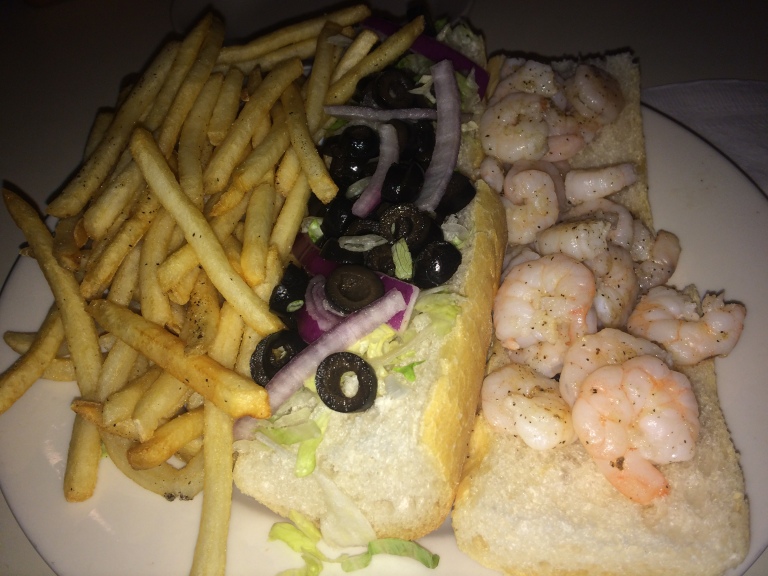 We left NOLA on a full stomach and with happy hearts. It was so great to spend the weekend with my mom and I am looking forward to bringing some of these recipes to our Thanksgiving table!

One thought on “N’awlins Food Tour”