After our long day learning about the Siege, it was nice to transition to a happier environment. We were all very excited for the game as we jumped off of the bus on the side of the highway and ran for the metro station. As soon as we entered the stadium we all scattered on different lines to get hot dogs, drinks, or team paraphernalia.

When we were walking upstairs to our seats I spotted a face painting stand. Obviously, seconds later I was happily waiting on the long line. 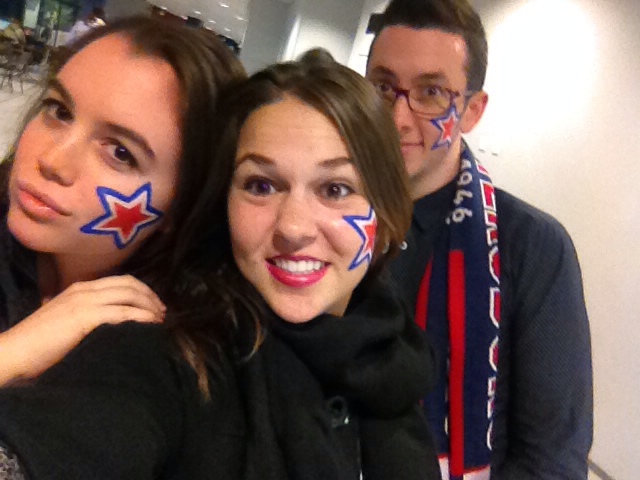 Sammy, Victoria and I ended up joining the group in our seats with only one minute left in the first period, whoops! The stadium was roaring and during that one minute, which turned into seven, the human wave kept circling around the stadium. The rest of the game was was exciting but I was entertained the most by watching how aggressive and loud the fans became over the course of a couple of hours.