“The world is a book, and those who do not travel read only a page”

Well as strange as I thought it would be returning to Babson, it did not take me long to get back into the Babson groove. I checked in with Mariette, our BRIC program coordinator at 10am on the 24th and I upon entering her office the first people I saw were Graham, Victoria and Katie. The excitement began to build. After the paperwork was done I moved my very small amount of luggage into my room in Woodland Hill. Woodland Hill is just about as far away as you can get from Babson while still being on Babson’s campus. Nevertheless, everyone on BRIC would be living together so I was still excited. I said goodbye to my grandpa and brother Michael and began to unpack. Our class for the day began at four and ended around nine. For the first four days we had the Babson portion of the Encounters with the BRIC Class and class was scheduled from 8am-8pm. I knew it was going to take my body sometime to get back into a school schedule and I was already exhausted from the drive.

On Wednesday, we began our day discussing the article “Death without Weeping” by Nancy Scheper-Hughes followed by a couple of guest lecturers and group activities. My favorite activity of the day was when we learned about the Describe-Interpret-Evaluate Model. We began by looking at a photograph and went around the class describing what the people were doing in the photo. We then tried to interpret and evaluate why they were doing such an action. We were then told what they were truly doing and the point of the exercise was to realize that people in other cultures may be doing things that seem “strange” but we should ask questions to find out what is really going on. An example that was shown to us was a group of people in Indonesia who were laying along train tracks. 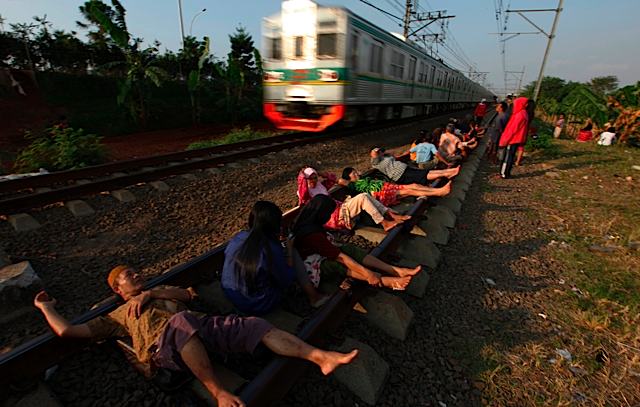 Many of us had guesses as to what they were doing but none of them were close to correct. I thought they were protesting something when in fact they were trying to use the electrical energy from the train to cure diseases. This activity really got me thinking about the importance of observation and asking questions when I encounter something I am confused by. We then took a class trip to Chinatown in Boston to conduct a group video ethnography project. The point of the project was to observe something that is an everyday practice in American society and discuss how it may be viewed as “different” or “strange” in another culture. Sully and Sam were in my group and we first stopped to get my first bubble tea before we began filming.

After running from Chinatown to Boston Commons through Quincy Market and back to Chinatown we had some time to relax before our group dinner at New Shanghai Restaurant.

Dinner was delicious and it was great getting to know more people on the program. I am really looking forward to this trip because our group is extremely diverse, down-to-earth, and… just awesome.

The next day we presented our presentations and they were all incredible. My group presented on people drinking and eating as they walk, other presentations included people playing fetch with their dogs, solicitors throughout the city, phone etiquette, people wearing baseball hats, and how Americans poke fun at our own history. All of these behaviors are idiosyncratic cultural behaviors that have become invisible to us. In the afternoon we watched the movie “The Day my God Died,” a documentary about the child sex trade in Bombay. After debriefing the film, BRIC alumni visited our class to answer questions we may have. We then all enjoyed a delicious India dinner from Masala Art and continued talking about expectations and concerns for our upcoming trip.

On Friday we began by talking about the article we had read the night before, “Overcoming the Golden Rule: Sympathy and Empathy.” This article was semi-mind-blowing because the first thing I ever remember being taught was “treat others as you would want to be treated.” When reading this article I learned this is not at all how we should treat other people. The Golden Rule assumes that all people want to be treated like “we/I” do, when this is incorrect. Each culture has different ways of approaching relationships and therefore the new Platinum Rule that should instead be followed is “treat others the way they want to be treated.” The day continued on with different visitors who came to talk about health and safety, risk prevention and the importance of setting goals. This concluded the Babson portion of our Encounters class and it was time to move on to Russia!

From Saturday to Wednesday we were left in the hands of Professor Seitz and Coyle our two professors for the seven credit Russia portion of the semester. We spent the couple of days reviewing our three summer books:  Nyet to Da by Yale Richmond, Dead Souls by Nikolai Gogol and Russian History: A Very Short Introduction by Geoffrey Hosking. We also watched the HBO Documentary of Pussy Riot and did a case study of Lenta, a supermarket chain in Russia. Needless to say, it was a busy 9 days in Babson Park.

Tomorrow we will be departing Babson for Logan Airport at 4:30am, arriving in Beijing at 2pm on August 30th and departing for the Great Wall on the 31st. Excited is a gross understatement. But for now, I must say my goodbyes because I do not believe WordPress is accessible in China. I can circumvent this issue by purchasing a VPN but my hope is to stay strong and avoid purchasing one so I can better understand what it is like to live under communism with censored internet. But if I give into the temptation, you will be hearing from me. So hello China, goodbye Instagram, Facebook, Google, Youtube, Twitter, Snapchat, and much more.